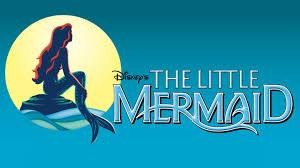 Choose one of the following times:

At Auditions: We’ll introduce the team of leaders and the crew, warm-up our voices together, teach a short song from the show. Everyone will have a chance to sing either that song or a song of their choosing. If your audition song is not from the show, bring sheet music for our Music Director so he can accompany you on the piano. We’ll also teach a short movement sequence, very basic, that everyone can do together. Come prepared to move in comfy clothes and shoes, and to have fun!

After Auditions: The team of directors will get right to work on Saturday night to cast the show as soon as possible. Our goal will be to release the cast list by Sunday February 12th!


What if if you can’t make any of the 3 audition times?

Video submissions of you singing a short song will be accepted by email. Email submissions must be received by Saturday February 11th at 5:00 PM to be considered. Email video submissions to: mytlittlemermaid@gmail.com

Performances: May 4th, 5th, 6th and 7th at Crooker Theater in Brunswick.
Rehearsals: Not everyone will be called to every rehearsal. Monday, Wednesday, Friday 6:00-9:00 PM and Saturday 1-4 PM, beginning the week of February 12th (exact date TBA) until April 29th when we move our set to Crooker Theater. Limited or no rehearsals during school vacations. Daily rehearsals Monday thru Wednesday April 31st thru May 3rd from 5:00 PM until 9:00 PM. For more information call Sheryl at 207-841-7501.


The Team
Director Chris Holmes, Music Director Courtney Babbidge, Producer Sheryl Palese, with additional support from many others. We look forward to seeing you at auditions!

Ariel
A mermaid and King Triton's youngest daughter. She is obsessed with everything about the human world, and dreams of becoming a part of life above the water. Hardheaded, naive, and emotional, but also kind hearted. Should audition with the song “ Part of Your World”
Teen/Young Adult

Prince Eric
A human monarch who has no interest in taking the crown. A handsome, affable lad with a buoyant, adventurous nature. After Ariel saves his life, he becomes obsessed with finding her and hearing her voice once more. Should audition with the song “Her Voice”
Male
Teen/Young Adult

Flounder
A fish and smitten with Ariel, his best friend. Rambunctious but cautious, fearful of the dangers that lurk in and above the water.
Should audition with the song “She’s In Love”
Male/ Female
Middle Schooler/ High Schooler

Scuttle
A disheveled seagull and expert in human artifacts. Loudmouthed, optimistic, and a bit ignorant, despite his supposed expertise.
Should audition with the song “Positoovity”
Male/Female

King Triton
King of the Sea and Ariel's father. Beneath his imposing presence and commanding nature lurks a harried single father who will do anything to protect his daughters. The death of his wife has also given him an irrational fear of humans.
Gender: Male
Adult

Sebastian
A crab and advisor to King Triton. A musical virtuoso who is constantly distraught from keeping after Ariel. Despite his paranoia, he can't bring himself to stand in Ariel's way. Should audition with the song “Under The Sea”
Male/Female
Teen/Adult

Ursula
The banished Sea Witch and sister of King Triton. Supposedly spurned at childhood, she will use whatever method necessary to steal the kingdom and claim it as her own. Malevolent, calculating, and deceptive. Should audition with the song ”Poor Unfortunate Souls”
Male/Female
Teen/Adult

Flotsam
An eel and one of Ursula's lackeys. Oily and spineless, they will say anything you want or need to hear.
Teen/Adult

Jetsam
An eel and one of Ursula's lackeys. Oily and spineless, they  will say anything you want or need to hear.
Teen/Adult

Chef Louis
The French palace chef, diabolical and violent. A culinary perfectionist with an affinity for blades, seafood in particular.
Gender: Male
Adult

Mersisters- Ariel’s sisters of the sea. Should audition with the song “She’s in Love”. Must be able to hold tight harmony.
Aquata
Andrina,
Arista
Atina
Adella
Allana